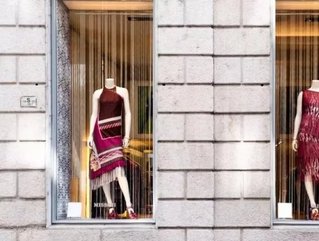 With its global presence, solid marketing plan and its ability to entice buyers to end up with more than they expected when leaving would make you think that Target can handle anything. But when they released Missoni’s new fashion collection in their stores and online in Australia, they weren’t quite as ready for the frenzy as they thought.

The new collection, which contained 220 pieces ranging from clothes for men, women and children to home products like towels, bed linens, pet accessories and photo frames, was so highly anticipated that the website crashed just minutes after it went for sale at 8am.

At the Chapel Street Target location, where Angela Missoni herself opened the store, shelves were cleared in minutes of the opening, with discount homeware and towels selling the fastest overall. The line, which at full price is outside of many people’s budget, opens up an opportunity for middle-class Australians to afford designer brand luxury.

“I like to think of Missoni as a universal and transcendent line. It’s not a brand for a certain age group or demographic of people. There is something for everyone to have fun with from fashion to homewares and outdoor pieces.” Angela Missoni said.

The Target Australia website was still having difficulty later in the day, still buckling under the tremendous amount of traffic the launch created.

“We’ve seen a huge response today to the launch of Missoni for Target,” Target said in a statement. “Unfortunately the unprecedented traffic to our website has meant many customers have not been able to get onto the site to place their orders. We do apologise to those affected customers and want to reassure them that we’re working hard to get the site stabilised.”

As is done in the modern age, frustrated customers vented their frustrations on Twitter, with several people calling out the giant retailer for its tech failure.

Target has paired with Missoni before, creating the same sort of fervour each time a new line is announced and released to the public. A continued partnership with do nothing but good things for Target, and next time they’ll be more prepared to handle the onslaught of website traffic.

Information sourced from the Herald Sun.