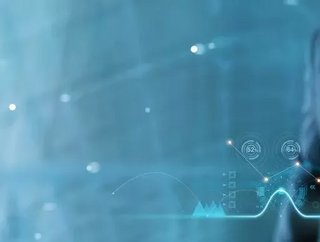 Buoyed by a surge in cloud-based services, APAC delivers record high growth in all sourcing sectors in Q4 2020 as post-pandemic recovery in sight...

The technology and business services market in the Asia Pacific region achieved a record high in the fourth quarter of 2020, according to the latest state-of-the-industry report from
Information Services Group (ISG), a leading global technology re search and advisory firm.

The region generated a record US$2.6 billion in combined-market ACV in the last quarter of 2020, up 35% over the prior year, with all market segments up by double digits, and managed services witnessing a 90% growth quarter-over-quarter.

This recent report shows the Asia Pacific market for technology and business services appears to be shrugging off the worst effects of the pandemic and is turning its sights to post-pandemic recovery and growth.

Such a strong fourth quarter followed a difficult previous three quarters of 2020 with the managed services market in Asia Pacific falling in the third quarter to its lowest level in 14 years, as buyers held back over pandemic uncertainty.

According to Scott Bertsch, partner and regional leader, ISG Asia Pacific, the strong finish in 2020 “belies the overall weakness in 2020 brought on by the pandemic” as for the first time since 2001 “the region did not have any mega-deals”.

Despite this, for all of 2020, Asia Pacific produced a record US$9 billion of ACV, up 2%, across the combined market of technology and business services, with the success of the as-a-service segment boosting the overall figures.

While some market areas took a dip, both in Q4 and throughout 2020, the as-a-service market showed great growth, witnessing a record US$6.9 billion ACV for 2020, up 16% from 2019, with cloud-based services in particular surging.

This means that while SaaS ACV dipped slightly during the entire year of 2020, IaaS surged 19% as public cloud providers extended their reach and increased share. AWS, for example, has announced plans to open a second infrastructure cloud region in India, and attracted customers including RBL Bank, Axis Bank and Mahindra Electric Mobility.

Bertsch points out that the Asia Pacific market continues to be dominated by the as-a-service sector, which accounted for 77% of the region’s combined results for 2020, the highest share for cloud-based services of any region.

Managed services soar in Q4 after slump of 2020

Managed services, against a soft quarter a year ago, did end the year on a high note, soaring 55% to US$641 million in the fourth quarter of 2020, with IT outsourcing (ITO) up 76% and business process outsourcing (BPO) up 16%. In fact, Australia and New Zealand and the BFSI sector turning in their best quarterly performance in two years,” states Bertsch.

However, in 2020, the sector took a 26% dive, to US%2 billion, hitting a low not seen since 2016, with infrastructure and application development and maintenance (ADM) services witnessing double-digit declines due to a lack of large deals.

Among notable infrastructure deals of 2020, Singapore’s DBS Bank signed a seven-year outsourcing contract with IBM to simplify its IT infrastructure, and Japan’s Rakuten Mobile inked an agreement with Tech Mahindra for managed IT, security and network services.