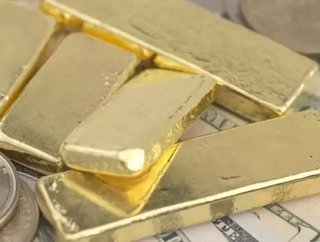 The Chinese Zijin Mining Group is making a move to strengthen its grip on Australia’s Phoenix Gold, which would take its shares of the company from 8.9 per cent up to 17.9 per cent following the deal. It is Zijin’s third planned acquisition of a foreign mining asset in the last month alone.

If the agreement goes through to allow Zijin to pay 10 cents per share to Phoenix, it would set its value at $47 million. It would also put the Chinese company ahead of Evolution Mining in terms of amount of shares owned. In May, Evolution Mining paid Barrick Gold $550 million for an Australian mine, which instantly made it the county’s second-biggest gold producer on the Australian Securities Exchange (ASX).

But after convening with its advisors, Phoenix isn’t close to making the deal the way it’s currently set up.  A shift in its thinking, however, would be a big move for Zijin. Norton Gold Fields, which is an owned subsidiary of Zijin, also has a principal agreement for a mining deal over Phoenix’s Castle Hill Project.

But this could be the first step in China regaining its presence in Australian mining. Although gold output in Australia—which is the world’s second-largest producer behind China—reached its highest point in a decade in 2014 and is expect rise even further this year, Chinese acquisitions and investments in Australia’s resources sector is on pace to reach its lowest levels since 2007.

New information shows only nine Chinese investments in ASX-listed mining and exploration companies this year. Although the deals have made a total of $1.2 billion in revenue, most of this has come from the Guangdong Rising Assets Management’s $1billion offer to take over copper mining company PanAust.

Unless the Zijin deal to land Phoenix Gold has an enormous impact, 2015 could see the least amount of activity since the six deals worth $379.7 million in 2007. A big reason for this is several lousy investments by Chinese companies in Australia over the years, along with steep price drops for important commodities like coal and iron ore.

Instead of mining, Chinese interest in Australia has now shifted to other industries such as property investment and agriculture. However, a weakening Aussie dollar, along with cheap labour, is bringing gold mining back to the forefront.

The only question is which company will be there in the end to reap the benefits?