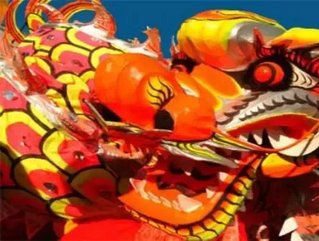 Celebrations for the Chinese New Year are underway in the southern hemisphere to usher in 2012’s animal zodiac: the Dragon.

A representative of power, intelligence and wealth, the Dragon – and its Chinese element, water – are considered telling symbols of what’s to come this year. According to the International Business Times, the world should prepare for another stormy year: “Expect to see a lot of flooding in areas like Thailand and Southeast China. Indonesia, Pakistan, India and places in China like Sichuan, Yunnan and Guizhou are particularly disaster-prone. They are likely to experience frequent earthquakes,” Hong Kong astrologer Alion Yeo told the IB Times.

Fortunately, not all omens for the year are negative: Astrologer Peter So told the IB Times that “recovery for the US economy is possible in 2013” and several astrologers forecast a rewarding investment in Russia or China this year.

Retailers across Australasia are also hopeful for a ‘rewarding investment’ in the holiday festivities: The Australian described consumer spending during the 15-day celebration as being similar to Christmas in the west. With high numbers of Chinese tourists making their way over to Australia – and spending $43.6 billion as of 30 June 2011 – their tourism dollars would provide a much-needed economic boost to the retail sector, particularly in the luxury goods department.

China’s population is also expected to boom this year, as “people born under [the Dragon’s] influence are thought to have been destined for wealth,” according to The Australian. In 2000, the last Year of the Dragon, the population rose by five per cent, and the same is expected to happen this year, according to the Chinese state news agency Xinhua.