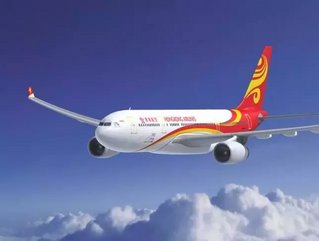 With an anticipated influx of Chinese visitors on the horizon, Hong Kong Airlines will begin offering direct flights to the Aussie resort town of Gold Coast.

The flights began on Friday and are expected to provide the area a $10 million economic boost, in addition to building momentum for Hong Kong’s aviation industry. The first plane brought in about 200 visitors.

With a lack of concern for the falling number of incoming tourists to Hong Kong, the airline intends to add nine aircrafts by the end of 2016. It also has plans to add 1000 more employees throughout this year.

According to the Airport Authority, the Hong Kong International Airport had an 8.3 per cent year-on-year increase with 68.2 million passengers between 2014 and 2015. This year is expected to be one of the area’s biggest tourism periods in recent years.

RELATED TOPIC: Why Qantas increased its flights to Hong Kong and Manila

“People’s urge to travel is now stronger than what it was 10 years ago, whether in Hong Kong and on the mainland,” said Hong Kong Airlines COO Ben Wong Ching-ho. “This drives demand.

Despite the Guangzhou-Shenzhen-Hong Kong Express Rail Link completion set for 2018, Wong said he doesn’t believe it will harm the airline’s profits.

“People said the high-speed rail to Lhasa would make airlines perform badly, but they grew,” said Wong. “The high-speed rail drove local economic development, from exports of agricultural products to exchanges between people and business turnover.”