What Australian Banks Cutting Back Lending to China Means for Aussies 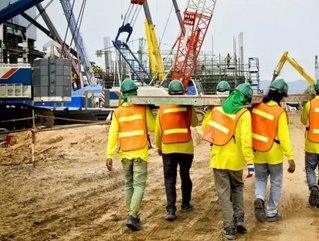 During this rapid period of expansion for the Australian economy, the growth in Australian bank lending to China has slowed to a crawl.

Australian bank exposure to China dipped by US$700 million during the December quarter to US$33.7 billion, and according to figures from Bank for International Settlements last week, its annual growth rate has slowed significantly over the past year.

After Australian bank exposure to China went up by 70 per cent in 2013, the yearly growth rate dropped 10 per cent last year. The dip in foreign lending began as the Chinese economy continues to slow, leading to higher debt for banks, as well as a blow to foreign lenders through weaker flows in their trade finance businesses.

The global banking community is now at a standstill, and just like when China’s economy previously slowed, most will hesitate to make a move while waiting to see where the cycle goes from here. Some believe softer lending to China’s economy was sparked by the possibility of rising debts and slower growth, which recently sparked China’s central bank to lower reserve requirements for banks last week.

As the Chinese economy strives for sustainable – yet slower – growth, its numbers remain among the most important international data for Australia. Yearly retail sales are expected to increase by 11.7 per cent, while industrial production is believed to grow by 7.4 per cent, and fixed asset investment –property in particular – by 15.7 per cent.

Since China buys the most iron ore in the world by far, slower growth and less credit in China will put more pressure on an Australian economy that relies heavily on resource exports. China is expected to import a record 938 million tonnes of iron ore this year.

In the end, a dim credit cycle in China could put commodity prices under an even brighter spotlight, eventually leading to a fall in mining capital expenditure and possible job losses for Aussies.