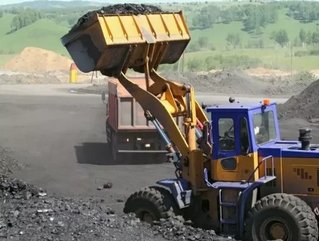 This July, a pivotal decision by the Planning Assessment Commission (PAC) will decide the fate of the village Bulga, which is located in the Upper Hunter and is adjacent to Warkworth coal mine.

Although the mine has been there for decades, Bulga was also protected by ridge filled with coal. Now with the mine nearing the end of its life, mining giants Coal and Allied as well as Rio Tinto are attempting to extend the open-cut mine within 2.6 kilometres of the town.

RELATED TOPIC: To infinity and beyond: Is mining moving to space?

Now, the future of Bulga is largely in the hands of the PAC, as the Baird government will announce a change in the State Environmental Planning Policy (SEPP) to the PAC planning panel to make a final decision in the next few weeks. The varying viewpoints have sparked debates from the mining industry on one side, along with local community groups on the other side.

The Warkworth mine has been an important part of the Singleton economy for years, as today it employs over 1,000 people. However, along with another controversial mine site, the Drayton South mine extension, many believe the expansion of coal mining is now among the most polarising issues in New South Wales.

Coal mining has been a large part of the economy for several years, but discussions of more proposed projects has been a hot-button topic. It puts a lot of pressure on both communities and farms in close proximity of the mines, as the Warkworth extension would also affect an additional 700 hectares along with as the nearby proposed Mt. Thorley extension, which is also owned by Rio Tinto.

Talk of expansion is mostly due to China’s high demand for more Aussie exports, which also includes iron ore from Western Australia, due to the Chinese Government’s urbanization policy. According to reports, nearly half of China’s population of 1.4 billion people live in rural areas of the country, many of which are struggling farmers. In addition, China’s population is expected to continue rising until year 2030, when projections show it will peak at 1.53 billion people.

Although Warkworth is expected to provide 10 per cent of the state’s export coal for the next 21 years, which many believe will outweight the environmental impact and social aspect of the expansion, the PAC argues Bulga would basically become unlivable if this happens. Only SEPP can save them now.

For more news on the mining industry, visit our sister brand Mining Global.