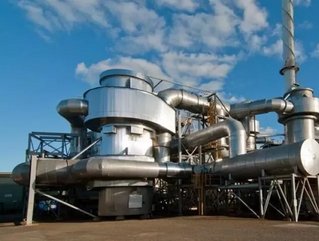 When BHP Billiton announces their financial results this week, a demerger of their non-core assets is also expected. The split of their core and non-core operations, one of the company’s biggest structural changes in 13 years, would transfer the company’s aluminium, manganese and nickel assets to a new company likely to be headquartered in Perth, a growing resources hub in Australia. The changing roles of several top executives point to this notion. It is believed that BHP’s longest-serving director, David Crawford, will be the inaugural chairman of the new mining company.

The demerger would allow the company to focus on their four core pillars – iron ore, petroleum, copper and coal – and could be worth at least $12 billion. A majority of large shareholders are encouraging the split, and believe that this is the best move to increase profits for BHP’s main revenue makers.

"It’s good to see BHP taking the lead in the sector on this,” said Christopher Moore, portfolio manager of Fidelity Global’s Industrials Fund. “It reassures you as a shareholder. It makes me more willing to have it as a significant bet within my fund."

It will also give BHP Billiton the opportunity to quickly improve productivity and performance of its largest business; the company is also expected to offload between $1 and $2.7 billion of its debt to the new company.

“We believe that a portfolio focused on our major iron ore, copper, coal and petroleum assets would retain the benefits of diversification, generate stronger growth in cash flow and a superior return on investment,” said a statement from the company.

BHP is also expected to reward investors with a share buyback when it announces its full-year results. Chief executive officer Andrew Mackenzie has shared in the past that the company will consider this move when it cuts its debt level to under $26.8 billion. Although experts aren’t sure if they will reach this goal, they will come close.

“As cost cutting starts to come through and capital budgets decline, we expect to see improving free cash flow from the miners,” he said in a note.

UBS believes BHP Billiton’s profits to be around $US13.8 billion.

“While we expect the increase in free cash flow to go to debt reduction in the first instance, we can’t help but think there may be something in it for shareholders this season,” said UBS resources analyst Glyn Lawcock.

On the cusp of the 2014 financial results, investors continue to question BHP’s commitment to coal, one of the four core pillars of the business. BHP is the world’s biggest producer of seaborne coking coal, and is also a significant producer of thermal coal.

However, in F2013, the coal division only produced $US746 million of the company’s $21.12 billion earnings before tax. The core resource was incredibly successful during the first stage of the mining boom, but has been on the decline for over ayear.

BHP has justified its retention of its coal division to its investors and environmentalists by saying that the sector is expected to bounce back in the long run, and that for steel making, it is an inescapable necessity.

Information sourced from The Herald Sun and The Sunday Morning Herald