Tencent Music aiming to raise US$2bn for US IPO 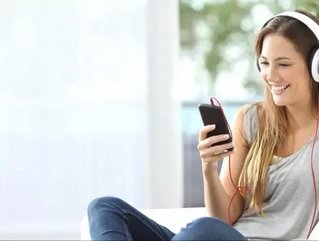 Tencent Music, a Tencent subsidiary focused on developing music streaming services for the Chinese market, is aiming to raise $US2bn for its US IPO, according to Reuters
The firm’s apps include WeSing, QQ Music, Kugou, and Kuwo, with a combined userbase of 700mn monthly users and 120mn paid subscribers.
By comparison, Swedish streaming firm Spotify has 60mn paid subscribers.
While western streaming services generally operate on a pay-per-play model, Chinese companies sign artists onto contracts that pay regardless of how many plays their tracks receive.
Spotify and Tencent announced a share swap in 2017 that saw Tencent receive a 7.5% stake in the European streaming service. According to its IPO prospectus, Spotify held 9% of Tencent Music, Reuters said.
Spotify, now worth $30bn, launched its own IPO in April 2018.
See more:
Tencent Music believes that its social elements differentiate it from Spotify’s offering, and that its financial stability is not as dependent on paid subscriptions.
Reuters said that “analysts say much of its revenue comes from services such as karaoke live broadcasting where admirers tip performers.”
On WeSing, one of Tencent Music’s apps, users can perform live to large audiences who can tip them for their work. Tencent takes a 70% cut of this revenue, and fans can also purchase virtual gifts to send to performers.
The proceeds of these virtual gifts go entirely to Tencent Music.
Tencentinitial public offeringmusic streamingSpotify
Share
Share