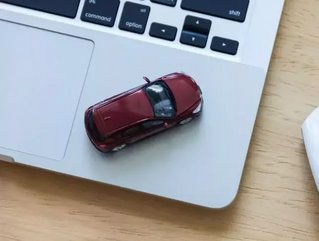 Alan Yuan, CFO of SouChe, says that China’s car industry will grow substantially over the next few years.

Yuan spoke to CNBC about his predictions and said that he thought the industry would grow by almost 20% within five years in China.

SouChe is a car trading platform in China which offers an online-to-offline business model enabling people to buy and sell second-hand vehicles. Founded in November 2012, the company is based in Hangzhou and most recently raised around $335mn in its series E funding round, which was led by the company’s key investor Alibaba.

Indeed, Yuan has cited Alibaba founder Jack Ma’s “new retail” strategy as essential to the company’s success and has urged the rest of the industry to follow suit.

Top 10 most expensive restaurants in Asia

He stated that in-store purchases for cars are increasingly being replaced by online transactions, explaining to CNBC that “the new retail concept works well for SouChe,” and that the company has connected more than 100,000 auto dealers through digital systems.

“Some [customers] may go to a store near their community, but the store may not have the car with them,” he explained.

New retail connects online to offline to give consumers a seamless omnichannel experience and has been pioneered by Alibaba.

Yuan concluded to the news outlet: “the growth of the car industry, I think, is exponential. If you look at the China market, China’s auto retail and finance market is probably at more than $1.57trn… I think the growth rate for the next five years will be close to 20%.”

Previously, Yao Junhong, founder of SouChe, has made a similar statement in favour of the omnichannel experience. He told the South China Morning Post last year: “Pure e-commerce is not going to be the best solution for car sales in China… people want to go to a store to see, touch and try out a car before they place an order. Not to mention all kinds of after-sales services that can only be provided in brick-and-mortar stores.”

According to Statista, China is the largest automobile market in the world, with over 24.171bn new cars having been registered there in 2017 as opposed to around 17.14bn in the US, the second-largest market, over the same period.