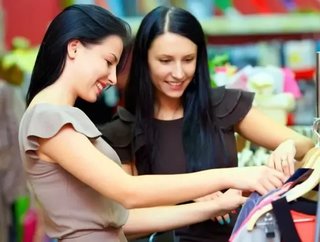 Domestic fashion retailers Zara and H&M have found success to be difficult in the Australian market.

The two have struggled mightily to maintain profits due to rising costs and competition. After becoming the first of nearly a dozen international brands to enter Australia and open several new stores, Zara’s earnings before interest and tax dropped 33.1 per cent to $15.5 million despite a 26.8 per cent increase in sales to $179 million.

Its Earnings Before Interest and Tax (EBIT) margins were nearly cut in half, decreasing from 16.5 per cent to 8.7 per cent, with gross margins dipping from 63.6 per cent to 59.5 per cent. Meanwhile the cost of goods rose 41 per cent and operating costs went up 38 per cent, while its net profit fell 35.6 per cent to $10.2 million.

RELATED TOPIC: What is Worth More than Australia's Food & Retail Sectors? Its Digital Economy

Similar to other Australian chains such as Supre, Portmans, Dotti, and others, Zara now has even more competition from cheaper international rivals such as H&M and Forever 21, which recently opened its first Australian store.

According to Alex Alamsyah, Knight Frank’s director of retail leasing, Zara’s average price per item is US$90, compared to $US80 at TopShop, US$60 at H&M and US$30 at Forever 21. In addition, overseas retail outlets ASOS and boohoo are attempting to increase sales by cutting prices, despite the drop of the Aussie dollar.

After opening its first store in Sydney back in 2011, Zara now has 13 stores with hopes of opening at least eight more fashion outlets and as many as 10 home stores. It’s still doing a little better than Swedish rival H&M, which lost $2.89 million in profits before interest and tax in the past year.

But the crowded market is affecting Zara’s sales per store, which dropped five per cent to $17.3 million in 2015 after reaching $42.8 million per store in Australia back in 2011.

According to Deloitte, only 15 per cent of the world’s top 250 retailers have set up shop in Australia, but even more could still be on the way. According to investment bank Credit Suisse’s calculations, Australians are the richest people in the world thanks to the value of their homes. It estimates the average Australian adult was worth over $258,000 in June 2014.

This makes it a very attractive market for even more retailers to attempt to enter. However, with the cost of doing business much higher than most other places around the world, many new businesses have already been hit with that unpleasant reality.