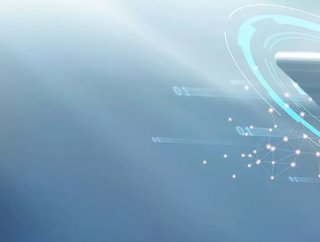 Pine Labs will now target a potential U.S. public offering within 18 months. The platform succeeded in Asia during the pandemic, as smartphone and online payment services rose in popularity. ‘It’s a product from India that’s succeeded in Malaysia and Singapore and is entering Indonesia and Thailand’, said B. Amrish Rau, CEO of Pine Labs. ‘We’ve got a good, Ebitda-positive story as we plan our IPO’.

In the past few years, Pine Labs has transformed from a single product company to a broad payments platform that serves hundreds of thousands of merchants. It processes tens of billions of payment volume, owns around US$3bn in PayLater transactions, and recently acquired QwikCilver and Fave. ‘With leadership across multiple categories, the company is very well positioned to help drive immense value to its merchant partners in India and across other SEA markets’, said Shailendra Singh, MD, Sequoia Capital.

Over six million consumers across 40,000+ merchants now have access to Pine Labs’ Fave app, as well as its customised online and in-store payments options. Pine Labs’ PayLater technology allows consumers to pay in three-, six-, and nine-month instalments, while its pre-paid QwikCilver gift card programme operates throughout the region. As a result, the firm has won several prominent awards for its part in digitising APAC business payments.

Pine Labs serves major regional clients such as Apple, Starbucks, and McDonald’s, and is looking to expand its collaborations. ‘Over the last year’, said Rau, ‘we’ve made significant progress in our offline to online strategy in India and the direct-to-consumer play in Southeast Asia. Our full-stack approach to payments and merchant commerce has allowed us to grow in-month merchant partnerships by nearly 100%’.

This investment round will be Pine Labs’ next step to serve prominent large, mid-sized, and small merchants across Asia and the Middle East. Its cloud-based platforms have helped companies automate and manage their customer relationships—and investors have clearly taken note. From Malaysia to Singapore to Indonesia, the company leads consumer loyalty in the APAC market.

As its most recent investment round passed through the Securities and Exchange Board of India (SEBI), Pine Labs’ CEO spoke of a bright future. ‘We are excited to bring on board a marquee set of new investors in this round’, said Rau. ‘We greatly appreciate the confidence they have placed on the Pine Labs business model and our growth momentum’.