No cuts granted from RBA 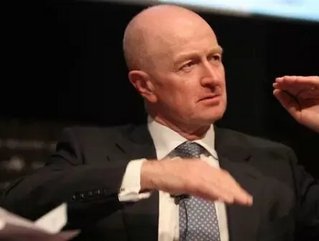 Despite analysts’ confidence that a rate cut would be implemented after yesterday’s Reserve Bank of Australia (RBA) policy meeting, the cash rate has remained at 4.25 per cent.

According to reporting by the International Business Times – Australia, inflation numbers and the rate of Australia’s economic growth through 2011 meant that the RBA didn’t find the 25-basis point cut to be necessary.

“With growth expected to be close to trend and inflation close to target the budget judged that the setting of monetary policy was appropriate for the moment. Should demand conditions weaken materially the inflation outlook would provide scope for easier monetary policy. The board will continue to monitor information on economic and financial conditions and adjust the cash rate as necessary to foster sustainable growth,” RBA Governor Glenn Stevens told the news site.

Stevens cited similar growth patterns over in the US as support for the RBA’s decision.

“Recent data from the United States suggest a continuing moderate expansion after a soft path in mid 2011,” he said.

The news is especially unfortunate for the retail sector, who posted its lowest annual numbers in 27 years this week after failing to increase its holiday sales figures above that of 2010.

"They were obviously very close to cutting interest rates and decided not to,” said managing director of Market Economics Stephen Koukoulas to the Sydney Morning Herald.

The RBA’s decision puts even more pressure on the mining industry boom, which at this point is providing the most support to Australia’s economy.

Economists expect that at least one more rate cut may be feasible within the next six months, but according to the Herald Sun, the four big banks – ANZ, Commonwealth Bank, NAB and Westpac – may increase their rates in the meantime.