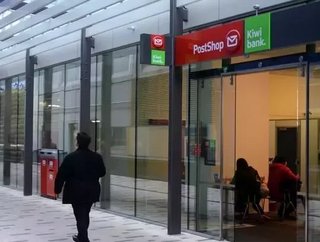 The Treasury in New Zealand is to investigate if Kiwibank, the New Zealand Post subsidiary, if fit to become the government’s bank.

The nation’s Treasury will begin to assess the situation at the beginning of next year, according to New Zealand’s Finance Minister, Grant Robertson.

The Australian-headquartered bank, Westpac, has held the position of the government’s man bank since 1989.

However, it is anticipated that the position could now be filled by the Wellington-based financial institution.

Regardless, Westpac will remain as the exclusive provider of the Crown transactional banking services, Stuff reported.

“The work will investigate the merits of growing Kiwibank's capital base and capabilities so that it is positioned to become the Government's banker when the contract is next renewed,” remarked Bryan McDaniel, spokesperson for the Treasury.

“The financial and other resources required to sustain a good credit rating will be considered in next year's report to ministers.”

Kiwibank is among four other banks which have been awarded contracts to provide services to the Treasury, as well as Westpac – which received the largest share of the contract.

In order to become the bank for the New Zealand government, Kiwibank will require governmental investment.

“Any increased investment would need to be negotiated amongst the parties,” commented James Shaw, Leader of the Green Party and Associate Finance Minister.