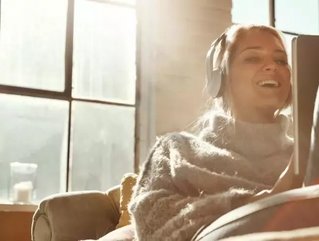 NetEase Cloud Music has raised US$600mn in its latest funding round to help it to take on the market leader, Tencent Music

Owned by Chinese gaming and internet service firm NetEase, NetEase Cloud Music has attracted interest from investors including search engine behemoth Baidu amidst projections of a continued boom in the Chinese streaming market.

In its press statement announcing its latest financial injection, NetEase said that China’s spending on recorded music per capita is set to grow by 400% by 2023 as music streaming continues to cement itself as the norm for music consumption.

NetEase Cloud Music launched in 2013 and currently has over 600mn users registered to the service.

Its recent growth has been remarkable, with 200mn of those active users having registered in the past year.

NetEase attributes part of Cloud Music’s popularity with its focus on content creation and supporting independent, noting in its statement that there are more than 70,000 independent artists currently on the platform with a combined 1.2mn uploaded songs.

“Music is particularly region-specific and we strive to create the largest interactive community for music lovers in China by providing users with convenient access to both mainstream and independent artists,” said William Ding, Director and CEO of NetEase.

“We remain relentlessly focused on continuous improvement, and we are confident we can further unlock the value of this important asset in China's thriving online music services market."

The funding round included investments from Baidu, General Atlantic, Boyu Capital, and others.