Monde Nissin: the story of the Philippines’ largest-ever IPO 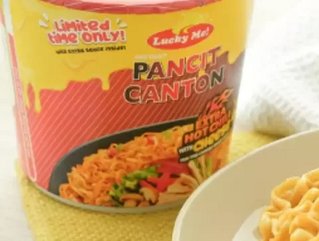 This debut marks not just the Philippines’ largest-ever listing, but also Southeast Asia’s second-largest listing this year after the US$1.8bn debut of Thailand’s PTT Oil and Retail.

Betting its future on alternative meat

While Monde Nissin dominates the snack market in the Philippines and is most well-known there for its bestselling instant noodles Lucky Me!, the four-decade-old foodmaker is betting its future on fake meat, with its alternative meat brand Quorn accounting for one-fifth of the company’s total sales (22%), and having achieved sales of US$1.4bn in 2020.

Monde Nissin acquired British meat alternative company Quorn, founded by Marlow Foods, for US$830m from a UK private equity firm in 2015 and has since introduced Quorn to Asia including the Philippines, Singapore, Korea and Thailand. The Quorn brand continues to be most popular in its home market of the UK, accounting for three-quarters of all sales, and also sells in Europe, Australia and the US.

However, during the pandemic, Monde Nissin saw its Quorn brand struggle to fulfil the recent surge in alternative meat products with investment needed to increase capacity and meet growing demand.

But with the global meat substitutes market soaring in recent years as consumers focus on nutrition, health, sustainability and animal welfare, and with brands like Beyond Meat landing record investments, Monde Nissin is set to use a significant amount of the IPO proceeds raised to push both push its Quorn products and invest in more meat-free products, with a particular focus on pushing Quorn in the US markets with localised flavours.

How Monde Nissin rose in the snack ranks

But while Monde Nissin is betting its future on fake meat, it is the company’s branded snacks’ business that is currently most lucrative with its noodle business making up around 50% of total net sales and its biscuit business roughly 30%.

This success is mainly build on the back of a number of strategic and clever acquisitions.

Founded in 1980, Monde Nissin first served up its own branded biscuits – Butter Coconut and Wafer cookies – and continued to acquire other international snack brands including Australia’s pure premium juice brand Nudie. The company broke into the instant noodles market a decade after its debut with Lucky Me! and made its biggest acquisition in 2005, purchasing British faux meat producer Quorn.

But that’s not all. The Makati-headquartered firm owns an array of Philippines’ market-leading brands including SkyFlakes and Fita, which have a 30.5% share of the biscuit market; Mama Sita’s with its 56% share of the oyster sauce market.

In fact, Monde Nissin dominates the country’s snacking market, taking 68% and 73% of the country’s instant noodle and yoghurt drinks market share, respectively. And it also distributes its brands to more than 45 countries worldwide.

It's a family affair

A family-run business, still today, Monde Nissan was founded by Betty Ang (President) and her Indonesian husband Hoediono Kweefanus (VC of the board). A Filipina businesswoman of Chinese descent, Ang is listed as Forbes’ 19th richest Filipino