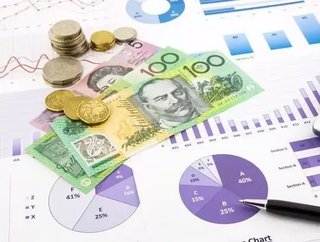 A near-record $230 million was invested by venture capitalists in start-ups during the second quarter of 2017, according to KPMG.

Australian venture capital (VC) invested in Australia grew by $140 million on Q1 and $50 on the same period in 2016, according to Venture Pulse Q2 2017 — the quarterly global VC trends report published by KPMG.

The number of deal struck in Q2, 36, was marginally up on the last quarter (25), when $90.66 million of VC investment was recorded. Corporate venture financing in the quarter exceeded $100 million.

Amanda Price, Head of KPMG Australia High Growth Ventures commented: “This quarter’s data shows that investment in Australian startups is growing significantly – with fewer but larger deals. This indicated a maturation in our startup ecosystem, with more early-stage ventures achieveing success and seeking funds to super charge their growth, often in international markets.”

“Founders are seeing increasing interest from corporates, media and government in Australia and this reflects the fact that VC funds raised over AU$1bn for the first time last year, almost double the $568 million raised in the 2015-16. With more capital available and deal flow up strongly on previous years, I expect investment to continue to be strong over the year.”

The increase in funding was strongly affected by a continued resurgence in mega-deals, including Didi Chuxing’s record-breaking $5.5 billion round and Toutiao’s $1 billion Series D round. Globally, there were nine deals at or over $500 million in value during the quarter including Mobike ($600 million) from Asia and Outcome Health ($600 million) from the United States. Europe also saw one of its largest funding rounds ever with Improbable’s $502 million Series B raise.

While deal value increased, the total number of deals fell for the fifth straight quarter in Q2’17. The ongoing decline has affected the earliest deal stages the most, with angel and seed-stage deal count down for the ninth straight quarter – from a high of 2,674 in Q1 2015 to just 1,310 this quarter.

In spite of the decline in transaction volume, the venture environment remains healthy and vibrant, KPMG says.