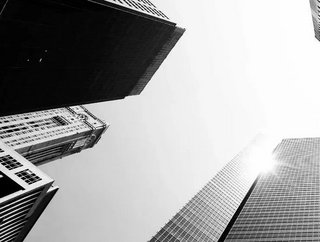 Worth approximately USD$30mn, the early-stage technology fund has been created to specifically cater for the Indonesian market. Areas of interest for the duo include supply chain, healthcare, fintech, digital media and more.

The fund’s first closing is expected on the last day of June, with investment tickets from $200,000 to $3mn and immediate deployment for all confirmed investors.

Following a legacy of investment

Orbit is a project following in the wake of Kejora’s prior fund Star Capital II. Launched in 2016, this similarly intentioned endeavour was well-received and given acclaim as a Top 10 Global Performing Fund in the 2020 Preqin Global Private Equity & Venture Capital Report.

Although SBI Holdings has previously invested in Indonesia (Tokopedia, Investree and Ralali), Orbit will mark the first occasion where the Tokyo-based company has focused solely on developing the country’s business.

Yoshitaka Kitao, President and CEO at SBI, stated that the company’s previous work with Kejora and within the region had stimulated its resolve to proceed with further investment.

“Since our first co-investment with Kejora more than three years ago, we have continuously cemented our confidence in the Indonesian technology sector through investments and partnerships,” he said.

“As such, we are thrilled to renew our commitment to the technology asset class in Indonesia with the launch of Orbit Fund.”

Andy Zain, Managing Partner at Kejora, claimed that it was his company’s harmonious relationship with its partner ecosystem which had allowed investment in Indonesian tech to flourish.

“Over the years, Kejora has built robust ecosystem support and synergy across our portfolios and partners, which proven to allow us to manage low investment risk and deliver strong returns to our investors. We’re proud to continue building on this momentum with Orbit Fund, alongside SBI Holdings.”

With increasing amounts of larger corporations understanding the value of working with/acquiring tech startups to maintain a fresh approach, funds like Orbit will be pivotal in allowing these innovators to get noticed.

The fund itself will be led by Billy Boen, a known and connected figure in the local entrepreneurial sphere with first-hand experience at developing startups to large-scale enterprises.

In his fast-paced career, Boen has taken charge of Indonesian offices for Oakley, Haagen-Dazs and Hard Rock Cafe, as well as founding his own companies such as PT Jakarta International Management.

“Orbit Fund will not only provide financing but also offer combined resources from Kejora and SBI and insights from the extensive portfolio companies across the 25 countries to help build a strong generation of startups in Indonesia.”