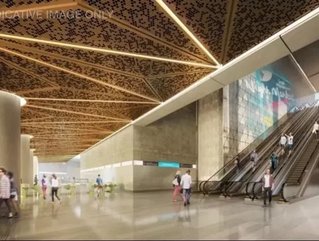 The contract will involve excavating three massive shafts almost 35 metres deep on Franklin and A’Beckett streets, as well as at City Square, to make way for new tunnels and station platforms.

Excavation of the CBD North Station will involve the shafts at Franklin and A’Beckett streets, which will be covered by giant acoustic sheds to reduce noise for nearby residents and offices. Constructing CBD South will require the partial demolition of the carpark underneath City Square.

Other works in the package include the relocation and protection of up to 100 utilities — including gas, power and telecoms infrastructure.

Premier Daniel Andrews has said that the project would cause disruptions, but was essential to deal with Melbourne’s continued growth.

Preparatory works will commence within weeks, with work on the station shafts to begin next year, pending the conclusion of an Environment Effects Statement (EES) process and formal planning approval.

Transport Minister Jacinta Allan said of the Melbourne Metro project: “This is the biggest and most important public transport project in Australia — building it will cause years of disruption but bring decades of benefits.”