How return of ANA flights will increase Japanese tourism 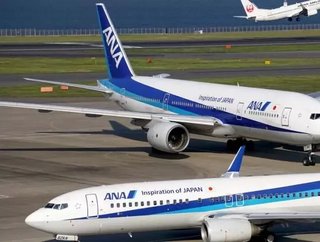 After 16 years without service, Japanese airline All Nippon Airways will resume flights between Sydney and Tokyo starting this December.

It’s a move that will surely give a boost to the tourism industry, as Australia has been an established tourist destination for Japanese travelers for both studying English as well as traditional tourism.

According to the Australian Bureau of Statistics, the number of Japanese visitors to Australia decreased by 0.1 percent to about 323,000 last year, which is a substantially lower than the 800,000 tourist traveling from Japan each year in the 1990s.

The falling growth rate is among the lowest number of inbound tourists from outside of the country. However, the number of Aussies traveling to Japan increased by 22 per cent during the same time period.

Factors such as weak yen and Jetstar flights from Melbourne to Tokyo have led to the growing number of Aussies vacationing in Japan, and the number may go up even more with the return of ANA flights as well as Qantas’ Brisbane to Tokyo route.

John O’Sullivan, managing director of Tourism Australia, said recent research revealed the Japanese ranked Australia as the second on their international travel wish list, but a shortage of flights was a key factor in them not making the trip.

ANA’s resumed service will add nearly 80,000 airplane seats to Australia each year, and will be very important in boosting inbound travelers from Japan. Increasing its focus on international travel is the core of ANA’s long-term business strategy, as the company’s goal is to boost international flight revenue by 50 per cent over the next 10 years.

“Japan has been Sydney’s fastest growing international destination for Australians over the past three years, so this new services will also offer more choice to Australians travelling to Japan for business and leisure,” said Sydney Airport chief executive Kerrie Mather.

As was previously reported by Business Review Australia, economic ties between Japan and Australia have also strengthened in recent years, especially after the two countries established the Japan-Australia Economic Partnership Agreement (JAEPA) in January. It was the largest trade agreement between the two countries since the 1950s.

With some anticipating the start of a ‘tourism boom’ in Australia due to new attractions, a dropping dollar and its appeal to Asian visitors, an increase of overseas flights into the country may soon have tourism replacing mining as driver of the Aussie economy.