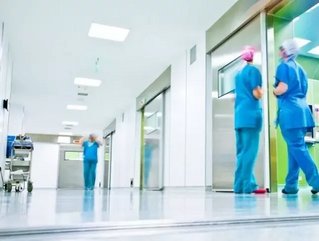 Healthscope, Australia’s second largest private hospitals operation, had a strong F2014 year, especially when compared to F2013. Although the upfront numbers detail a net loss of $19.3 million in the year end of 30 June, this is a huge (83.6 percent) improvement over F2013, when the company recorded a loss of $117.3 million.

Robert Cooke, chief executive officer at Healthscope, said that all of the company’s businesses are performing strongly. Revenue grew by 5.1 percent on F2013, with the hospitals and international pathology divisions showing greater growth: 5.5 and 17.6 percent respectively. The hospitals division generates nearly 79 percent of the group’s earnings.

The dynamics of the Australian healthcare industry continue to be favourable. The growing and ageing population, along with greater medical treatment capabilities and the high level of private health insurance coverage all contribute to the strong growth opportunities the hospitals division has.

With a better financial outlook and quite a few positive moves forward, Healthscope looks to have strong growth opportunities and a the potential to continue performing strongly.

"The clear strategies that are in place, the strong growth pipeline and the attractive industry fundamentals together provide a favourable outlook for the company, both in fiscal 2015 and beyond," said Cooke.

Healthscope removed from market in 2010 after takeover by private equity firms TPG and The Carlyle Group, but relisted on the Australian Securities Exchange in July.