Group Buying Complaints on the Rise 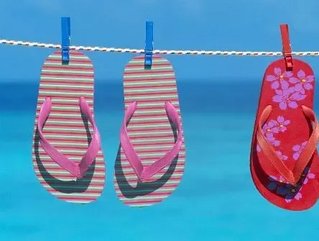 The group buying industry is booming across Australia, but suddenly, those 50 per cent off thongs aren’t feeling quite so comfortable and you can't get a customer service rep to call you back. Sound familiar?

According to the Sydney Morning Herald, group buying-related complaints have contributed to a 39 per cent increase in consumer complaints in NSW about online shopping. In Victoria, MyBusiness reported that Consumer Affairs Victoria (CAV) received nearly 530 complaints between January and October 2011. The SMH reported that, during the same time period, the Australian Competition and Consumer Commission received more than 4000 complaints related to online buying, resulting in a $3.8 million loss.

“The concept of group buying is brilliant, there is no doubt about that, and consumers can get some great deals,” Fair Trading Minister Anthony Roberts told the Sydney newspaper. “So when they are good they are great, but when they are bad, the sites are a disaster.”

Based on the numbers, it may not be as bad as we think.

“We sell a million coupons a month as an industry,” Spreets’ founder Dean McEvoy told MyBusiness earlier this month. “The percentage of issues or complaints is quite small.”

Group buying is meant to be a positive experience, where consumers are introduced to new experiences, services and products at a discounted rate in the hope that they’ll return to the business as a full-paying customer later.

In November 2011, Australia became the first nation to launch a 'Group Buying Code of Conduct' in response to this booming industry. The code is aimed to set uniform benchmarks for websites offering these discounted products and services, and it protects consumers from low quality deals and sub-par customer service from some buying sites.

Considering how quickly the industry has grown over the past few years, protecting both sides – the dealer and the consumer – is crucial. According to reports released by Telsyte, the Australian group buying market was worth nearly $500 million in 2011 and is expected to reach $1 billion in value by 2015.

“Consumers love a bargain, and they love getting value for group buying. Over time, we’re going to see this model evolve as it moves into specific areas like travel,” Australian Direct Marketing Association (ADMA) chief executive Jodie Sangster told Smart Company last November. “So this code will allow companies that are already doing the right thing to continue to do so.”

Of course, not everyone is unhappy with their deal purchases - plenty of consumers have enriched their lives through newfound hobbies and activities, and according to Green China, group buying may be helping combat climate change. So long as we're mindful of who we're buying from, group buying will continue to thrive as a viable method of 'social shopping.'