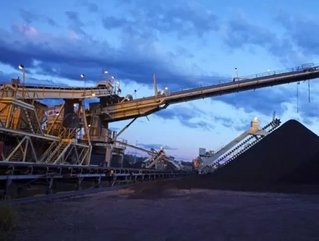 Although companies like Rio Tinto and BHP Billiton are moving ahead to mine more iron ore than ever, analysts are predicting the end of the “Iron Age” in Australia and in supply for the world.

Goldman Sachs, an American multinational investment banking firm with a presence Down Under, released their analysis of the future of iron the same day the commodity hit its five-year low.

Iron ore has plummeted nearly 40 percent this year alone because of oversupply and growth slowing in China, which continues to be the world’s biggest metal consumer.

“The price decline has been dramatic, but a weak demand outlook in China and the structural nature of the surplus make a recovery unlikely,” the Goldman analysts said. “Lower prices for iron ore and steel are unlikely to boost demand in a material way.”

The drop in price happened sooner and more rapidly than analysts—anyone really—had really been expecting. However, the rapid decrease in price hasn’t hurt the bigger mining companies terribly, who still making a decent profit despite the lower price per tonne.

The analysts at Goldman Sachs have estimated over 50 million tonnes of surplus this year, increasing to an incredible 334 million tonnes by 2018. They estimate the price drops down to $78 a tonne in the same time period.

“In our view, 2014 is the inflection point where new production capacity finally catches up with demand growth, and profit margins begin their reversion to the historical mean; in other words, the end of the Iron Age is here,” the Goldman analysts said.

Information sourced from The Telegraph.