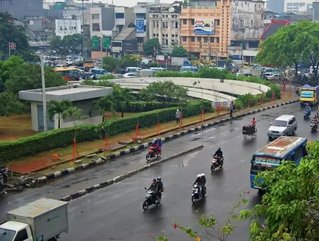 Indonesian ride-hailing firm Go-Jek has announced the closing of its Series F funding round, backed by Tencent, JD.com, Mitsubishi, and Google

According to TechNode and the Straits Times, industry sources have said the Series F round has closed at around $1bn with an overall company valuation of around $9.5bn.

In its February 1 press release said the funding places Go-Jek in a strong position to capitalise on Southeast Asia’s booming digital economy, which is set to reach a value of $240bn by 2025, through the scalability of the Go-Jek ecosystem.

Go-Jek also highlighted the opportunity for growth in the payments and financial services spaces, citing the World Bank 2016 report on ASEAN financial inclusion which found that around half of the region’s adult population does not use banks and thereby has a significant cash reliance.

“GOJEK is a truly unique investment. It is the most compelling way for investors to participate in the early stages of Southeast Asia’s transformation into a digital economy, as evidenced by our rapid rise and continued market leadership in the region’s largest market, Indonesia,” said Go-Jek Group President Andre Soelistyo in the firm’s press release.

“GOJEK’s mission is to use technology to solve consumers, drivers and merchants’ everyday problems and through strategic partnerships with global technology leaders, we are in an even stronger position to deliver innovative products and experiences to millions of people across Southeast Asia.”