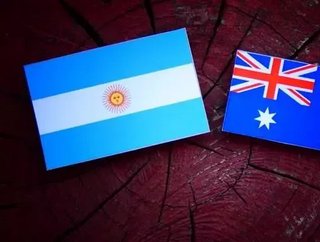 A new study has revealed how Australian businesses can benefit from exporting business to Argentina.

The Export Council of Australia (ECA), in conjunction with the Australian Trade and Investment Commission (Austrade), has launched 'Argentina’s Renewal: Capitalising on Reform in South America’s Second-Largest Economy', a new report that highlights opportunities for Australian companies in a modernising Argentina.

Australian companies in energy and resources, agriculture, infrastructure, education and training, and the digital economy are particularly well-placed to both benefit from, and contribute to, renewal in Argentina. The South American country has recently been reforming to open up trade with foreign organisations.

ECA Strategic Advisor Lisa McAuley said: “As one of the largest and most developed markets in Latin America, Argentina offers potentially lucrative opportunities for Australian companies with investment, technology and expertise to offer in a number of areas.

“Argentina is at an economical turning point and Australian businesses are ready to take advantage of the growing momentum.”

Indeed, this is already starting to happen. In 2016 Australian companies made two new investment totalling US$200mn, with recent announcements in 2017 of a further US$860mn, and the number of Australian firms visiting Buenos Aires to investigate the market has increased markedly

Shannon Powell, Senior Trade Commissioner for Austrade Andean LATAM, added: “Argentina has come a long way since its debt default in 2001. There is still some distance to go, but the renaissance is well underway and Australian companies will reap the rewards as opportunities unfold.”

The report can be downloaded via the Austrade or ECA websites.