$2bn invested in Indian Uber equivalent Ola by SoftBank, Tencent and others 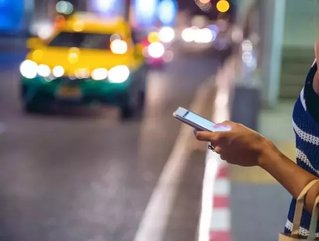 In a yet-to-be-completed second round of funding, Indian ride-hailing company Ola has raised approximately $2bn.

Ola is the Indian equivalent of Uber, which is currently trying to compete in India.

The $2bn funding Ola has raised so far comes from Softbank and Tencent, as well as UC-RNT Fund, which is a venture capital fund run by Ratan Tata and the investment arm of the University of California. Some US institutional sources have also contributed to the funding but these have not yet been named.

Ratan Tata is an Indian investor and former chairman of the Tata Group.

In a previous funding round, Ola was valued at $3.5bn, but this was 30% lower than the highest value it has achieved, which was $5bn in November 2016.

Ola’s valuation after this financing round is not immediately clear.

During the previous round it raised $330mn from SoftBank, UC-RNT and Falcon Edge Capital.

This latest round, when it is completed, will be the second largest funding round over for an Indian start-up.

The largest happened when SoftBank’s Vision Fund and Tencent invested in Flipkart in  round which  raised an approximate total of $4bn.

It is hoped that the deal will help Ola focus on India and build up its supply of vehicles and drivers, as well as developing strategic technology to help it hold out against multinational rival Uber.

Uber has been increasing its presence in India with driver incentives and promotions recently.

At present, India is seen as one of the world’s most attractive areas for ride-hailing companies like Ola and Uber, with a market estimated to be worth $10bn.

SoftBank is also said to be considering a multibillion-dollar investment in Uber.