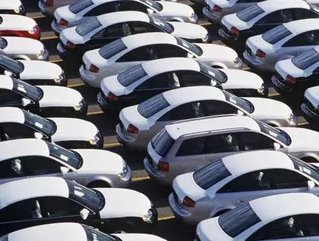 The automotive industry is one of the largest manufacturing industries in Australia, especially given that Australia is one of the few countries in the world that have the capabilities to design vehicles from scratch and produce them in large quantities.

However, the recent economic crisis has led to a decline in auto manufacturing, and many local automakers are struggling to compete with their foreign counterparts.

The number of vehicles produced in Australia has dropped dramatically over the past few years.

Just five years ago, Australian automakers collectively manufactured more than 300,000 vehicles a year, but this year, they produced just a little over 200,000 units. This reduction in production volume has a significant adverse impact on the auto industry, which relies greatly on economies of scale to remain competitive and profitable.

As such, some automakers in the country are considering closing down their manufacturing plants, which can put the auto industry in serious jeopardy.

Causes of the decline

There are several factors that are contributing to the demise of Australia's automotive industry. First, the high Australian dollar has made it harder for automakers to produce competitively-priced cars. As such, consumers are increasingly opting for cheaper imports.

Additionally, car buyers are showing a preference for foreign-made sport utility vehicles and turning their backs on the family sedans that have been the backbone of the country's auto industry for decades. The lack of government support also adds to the woes of the industry.

Australian car buyers are slow to embrace electric vehicles because of a number of reasons. Most of them still prefer to purchase gasoline-powered cars mainly because they are concerned about the high price tags of electric cars. They are also deterred by the limited range of electric cars and the lack of charging stations.

Also, the government is not providing enough incentives to encourage Australian car buyers to switch to electric vehicles.

However, automakers are taking measures to make electric vehicles more affordable, environmentally friendly and fun to drive. This may increase the appeal of electric cars in the future.

The three main auto manufacturers in Australia are Ford, Holden and Toyota, and all of them are undergoing tough times. In May, Ford announced that it may shut down its manufacturing plants in Australia in 2016.

Meantime, both Holden and Toyota are losing money on the vehicles they are producing in Australia, and the fate of their plants depends on the government's willingness to provide financial assistance.

Despite the dismal situation, some experts are predicting that Australia's auto industry will experience a rebound in the coming years.

As the economy continues to recover, an expected rise in real household disposable incomes may result in an increase in the sale and production of vehicles. The government is also making an effort to help automakers move forward.

Australia's automotive industry accounts for a significant percentage of its gross domestic product and total employment.

A good outlook for the industry can mean sunnier days ahead for Australians.

John McMalcolm is a freelance writer who writes on a wide range of subjects, from small business marketing to reviews of websites such as AISInsurance.com.