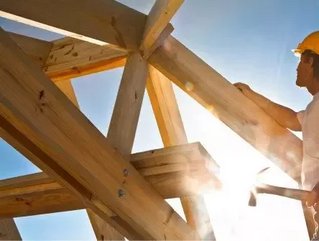 News of a boost in residential construction has left economists optimistic about the sector’s effect on overall economic growth for 2014. The key to the increase in approvals has been lower interest rates. The number of new home approved for construction jumped to almost 7 percent in January, a figure better than economists were expecting. The Australian dollar peaked at 89.57 US cents not long after the news was released.

The approval rate has been in a decline for three months – since September – but the annual rate of growth to January was at a strong 34.6 percent. Permits for detached houses increased the most, with approvals of apartments and condos at about half the detached rate. Actual construction on many of these approvals should start in the near future.

Approvals are currently at their highest levels since records began in 1983, and many are taking this trend as a sign that the sector looks to be set for sustained recovery.  "The data indicates that a pick-up in non-residential construction is also coming over the period ahead – one of the necessary offsets to the downturn in mining construction," Gareth Aird, Commonwealth Bank economist, said.

Janu Chan, a St George Bank economist, also commented on the encouraging growth signs in the sector: "It will assist in filling the (mining investment) gap and the RBA has been looking for non-mining parts of the economy to start picking up and this is further evidence this will be occurring."

Economists are banking on construction to help with the inevitable downturn of mining, and while residential construction is up, many are looking towards what commercial and industrial construction will be doing in the coming months. This particular focus within the sector has been sluggish to return to its pre-global recession figures because of the continuing fragile global market and slow local consumption and investment trends.