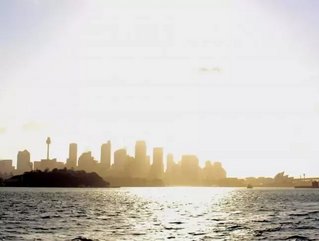 A look at the diverse business sectors thriving in Sydney and how the city is keeping manufacturing modern.

Sydney is Australia’s most populous city with an estimated population of more than 5mn as of June 2017. Situated on the east coast of Australia, Sydney's borders begin at Port Jackson and run nearly 44 miles to the west toward the Blue Mountains.

Impact on the Australian economy

Sydney has been recognised by numerous entities for its global economy and is ranked as number 11 on the Global Economic Power Index. Nearly 50% of Australia’s top 500 companies have their bases in the city while it is also home to the regional headquarters of numerous multinational companies. One of the primary appeals of opening a business in Sydney is the fact that its time zone provides a link between the opening of European businesses and the closing of those in North America.

Each year, the city of Sydney generates over $108bn in revenue. This figure comprises more than 7% of the country's economy and provides nearly 450,000 diverse jobs. The insurance and financial services sector makes up about 43% of the city's economy with Sydney being responsible for half of the country's financial industry. Nearly 300 global companies maintain regional offices in the city of Sydney.

The Australian Securities Exchange, located in Sydney, has been in operation since 1987. It boasts $1.6trn in market capitalisation and is one of the top 10 largest in the world. Of the 43 foreign banks that operate in the country, 40 of them are based in Sydney including Investec, Bank of America, Credit Suisse, the People's Bank of China and Barclays.

Manufacturing is a huge sector for Sydney with an annual output of more than $21bn. The city's shift to include high-tech manufacturing in addition to traditional manufacturing has resulted in a resilient economy.

About half of all visitors to Australia – or nearly 3mn people – are hosted by Sydney each year. Almost $6bn is spent by international visitors every year in the city. Additionally, domestic visitors numbered more than 8mn with an additional $6bn being spent by them during their stay.

Some examples of Sydney-based companies making waves in the manufacturing industry include:

Arnott’s Biscuits is the largest biscuit producer in Australia as well as the country’s second-largest snack food supplier. Now owned by US-based Campbell Soup, Arnott’s was founded in 1865 and employs over 4,300 people, including over 2,400 Australians with other workers based in New Zealand, Indonesia, Malaysia, Singapore and Japan. The company also has a commitment to Australian produce, claiming to spend around $250mn on produce, products and services within Australia each year.

CSR is an Australian industrial company which makes building products, operating low cost manufacturing facilities to serve construction companies across Australia and New Zealand. It also has a focus on researching new challenges in construction such as environmental sustainability, manufacturing products like energy efficient glass and insulation. CSR employs just under 3,000 people and is registered on the Australian Stock Exchange, with its most recently recorded revenue at $1.74bn.

Sydney is home to a number of innovative startups that demonstrate the city’s talent and capacity for success. The following companies provide an inkling of the vast opportunities that exist within the city.

Having launched in 2016 after securing nearly $1mn in funding, Veromo is a platform aimed at helping entrepreneurs get started. By automating most of the processes needed to start a business, Veromo provides a streamlined experience with a focus on reducing the frustration that new business owners sometimes feel as they try to navigate the different steps that are necessary.

Vincent Turner, the founder of Uno Home Loans, started the country's first digital mortgage service and has a $21.5mn investment from Westpac, one of Australia's biggest banks. After 15 years of experience as an entrepreneur in the fintech space, Turner decided to launch a platform that enables prospective homeowners to search for a home loan, compare rates and other criteria and settle their home loan all in one place. Best of all, Uno Home Loans has a team of experts in place that can help potential homeowners as much or as little as they want.

Sound Scouts works to test children’s hearing through play. Developed by founder Carolyn Mee, Sound Scouts can find hearing issues in children that might otherwise remain undiagnosed. If left untreated, hearing loss can affect a child's academic and social development. Mee hopes that Sound Scouts will be adopted by the Australian government as a cost-effective method to screen the hearing of all children in the country. In addition, the Sound Scouts team is working with teams in both the US and UK to develop localised versions.