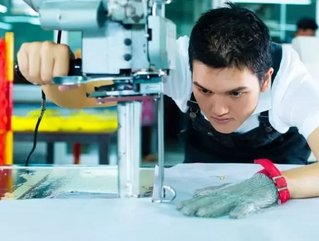 September’s growth tops the 24% rise seen in August this year. Overall, this is marks a six year high.

The surge marks an increase in industrial profits of 22.8% in January-September 2017 from the same three quarters in 2016.

According the National Bureau of Statistics, total profits in September rose to $99.51bn. This marks the biggest rise since December 2011, which saw an increase of 31.5%.

It is hoped the surge will allow the government to tackle corporate debt, and allow policymakers to restructure SOEs.

The news comes as the government cracks down on pollution, which did spark fears of a winter shortage in goods like steel and copper, which is responsible for the rise in prices.

The high earnings for September were expected by many, as the Product Price Index (PPI) rose by 6.9% from a year earlier.

Steel, glass and copper pipes are the main profit-making areas for China which is the world’s top steel producer – however, mining profits have also seen a massive surge of 474% from a year earlier, with earning in the mining industry increasing 5.9 times in that period, and manufacturing profits rose 19.6%.

In contrast, electricity, gas and water production all fell by 18.3% according to the Asia Times.