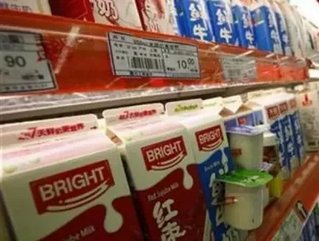 Chinese-owned Bright Food Group is forging forward with a 75 per cent acquisition of Australia’s Manassen Foods for a hefty A$400 million—making it one of the largest foreign acquisitions in China’s food industry in over two decades.

Bright Food, based in Shanghai, is reportedly in final contract negotiations to purchase Manassen Foods from Sydney-based Champ Private Equity Pty. Ltd. Bright Food told Bloomberg in an e-mailed statement that the deal needs regulatory approval from the Chinese and Australian governments before anything contracts are signed.

Manassen, producer of Albatros bread, Jelly Belly and Laughing Cow cheese in Australia is attractive because of its gateway to the Australian market and also serves as an excellent import of recognizable food brands into China.

This could mark a major milestone for Bright Food, which is China’s third-largest dairy company by sales in 2009. It is also the eighth-largest packaged-food maker by sales, just ahead of Mars Inc. and NestléSA. Still, adding Manassen and its portfolio of food brands will be a huge revenue booster for the company. Bright Food said earlier this year that its goal is to more than double its revenue by 2015 from roughly US$7 billion in 2010. Bright Food spokesperson Pan Jianjun said in an e-mailed statement to Bloomberg Monday that Bright Food might be able to exceed that goal within the next two years.

Still, food safety is one of the larger hurdles that Bright Food will encounter as it expands its operations overseas. The company has also lost multiple overseas acquisitions in the last two years, including a bid for Yoplait, vitamin retailer GNC Holdings Inc. and United Biscuits in Britain.