Can Billabong's First Profit in 3 Years Put the Surf Brand on Wave to Success? 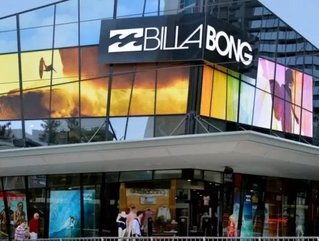 The big three Australian surf brands’ profits have been suffering for a few years. Aggressive growth through the 1990s and 2000s saw Billabong, Quiksilver and RipCurl acquire several emerging youth labels and open hundreds of new locations. But as the companies grew, so did the divide between its global commercial ambitions and maintaining its local subculture credibility.

To bounce back from this period of lagging revenue, Billabong has been bolstering key markets and will soon be moving to address smaller sectors.

“Where we’ve concentrated our energy and effort in the turnaround we’re seeing good results,” Billabong CEO Neil Fiske said. “You can’t fix everything at once in every region and every brand, so we decided we’d focus on our biggest brands and biggest regions, and we’re seeing a very good response there.”

The surf retailer reported a net profit of $25.7 million in the second half of 2014. This same period of time a year earlier saw a loss of $126 million, so the improvement is noticeable. The market, however, doesn’t think it’s enough. Shares opened lower the day of the announcements, and IG Markets strategist Evan Lucas says that sale in this time period still disappointed—revenue from continuing operations fell 0.5 per cent to $522.1 million, with Australia retail sales down over the Christmas trading period.

Can Billabong pull out of the global surf brand rut? This year’s earnings were respectable and credited to cost cutting as well as the closure of underperforming assets and stores. The restructuring of its West 49 brand, although it’s been sold since, has contributed to the drag on company finances. If Billabong can stick to its cost cutting strategy and the restructuring of its smaller branders, it’s got a chance at a turnaround.