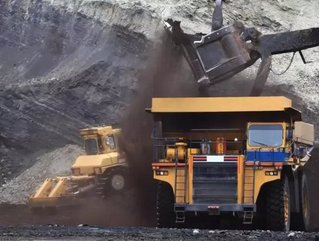 In a positive new development for the Australian economy, mining company Atlas Iron has restored its mining operations at its Western Australia Mount Webber mine.

Previously, the mine was closed in April after the price of iron ore fell considerably. Now with Atlas’ back up and running with all three of its mines in production, the company’s yearend production rate goal of 14-15 million tonnes per annum (Mtpa) seems feasible.

According to the company, Mount Webber is expected to produce six million tonnes of iron ore for each of the next eight years due to significantly improved margins compared to prior to operating suspension.

Atlas agreed to a contract with BGC Contracting that it would pay an option fee of about $17.4 million in shares and cash in order to cover termination costs, as well as the suspension, remobilization and other fees for Mount Webber mine.

This dropped the cost savings goal to between 10 and 12 per cent to make Atlas’ break-even price at about US$50 per dry metric tonne of iron ore. Prior to its mining operations being closed down in April, it was about the break-even price was about US$60.

At its other Pilbara region mines, Wodgina and Abydos, Atlas agreed to a contractor collaboration method, where contractors can earn a bonus in their rates once the iron ore price increases. The companies would be entitled to 25 per cent of applicable positive net operating cash flows.

In addition, Atlas accepted a royalty relief package of $12.5 million from the WA government and allowed the company to claim 50 per cent rebate on royalties until the end of September 2015.

The falling iron ore price has been a mounting concern for the Australian economy, as the end of the latest session revealed an 11.3 per cent plunge to US$44.10 a tonne— its lowest mark since 2005. While a falling Aussie dollar has helped ease the pain, its recent five per cent retreat isn’t enough to compensate for such a drastic fall in iron ore prices.

A weak demand for steel in China and a large supply has been one of the main factors for the slide, and with China’s latest inflation report showing steel prices in June fell 16.7 per cent from one year ago, things could get even worse.

But getting Mount Webber operations back underway is a good start.