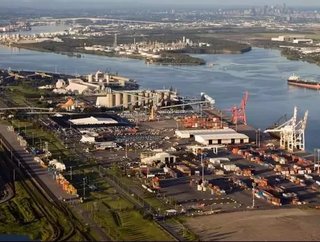 Costing around AU$158mn to build, the construction site, located at Luggage Point on the north side of the Brisbane River, will support 245 jobs each year and is predicted to bring in net revenues to the Brisbane economy of $1.3bn over the next two decades.

“Cruising is one of tourism’s great growth stories, for both international and domestic markets,” Palaszczuk said. “A dedicated, purpose-built cruise ship terminal will boost our international reputation as a global tourism destination of choice.

“It will serve as a catalyst to supercharge growth in our tourism sector and related industries and generate jobs now and into the future.”

The terminal building itself will be around 9,300sqm set over two levels and connected to a 200m long wharf, with two air bridges facilitating the movement of passengers on and off the ships.

Treasurer Curtis Pitt added: “Once the terminal is operational it is expected the additional cruise ships stopping in Brisbane could continue their journey up the coast to destinations like Cairns and give visitors the opportunity to visit other iconic destinations such as the Great Barrier Reef.

“The economic investment will bring broader benefits to the state economy through increased opportunities for tourism operators and other sectors like agriculture and our services industry."

“To date, eight proposals have been approved or have moved to stage two, the preparation of detailed proposals stage and the market led proposals approved or in the detailed assessment stage are worth just more than $1bn and are estimated to generate around 1,800 jobs.”