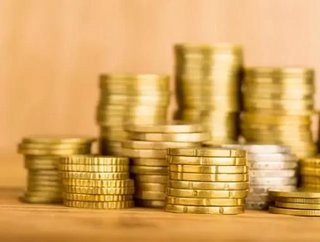 With news that two of Australia’s biggest bookmakers are planning on merging together to keep up with the rise in popularity of online gambling, we take a more detailed look at the two merging companies.

Tabcorp and Tatts are Australia’s biggest non-casino gambling companies. Both of the firms saw their profits drop in 2015, after the deregulation of gambling licences in Australia let in a huge array of competition from international bookmakers. By merging together, Tabcorp and Tatts plan to build a business worth at least US $7.1 billion (£8.7 billion) as Australians are big on their betting, with people losing (on average) up to US $1,130 (£918) every year.

Before all this happens though, the two companies need the move to be approved by the shareholders from both firms.

Tabcorp Holdings was founded in 1994 in Melbourne Australia. The company’s Managing Director and Chief Executive Officer (since June 2011) is David Attenborough who is also a Director of the Australasian Gaming Council. He was formerly the Chief Executive Officer of Phumelela Gaming and Leisure Limited, the leading wagering operator in South Africa. He has also worked alongside the development of casino, bookmaking and gaming opportunities for the British bookmaking company, Ladbrokes (which used to be part of the Hilton Group Plc).

Tabcorp has generated more than $787 million for the racing industry and made more than $2 billion in Revenue in financial year 2016. The company employs more than 3,000 people world-wide and has over 4,000 venues all across Australia and has made a total of eight millionaires.

Tatts all started when George Adams organised the first Tattersall’s public sweep on the Sydney Cup. The company now runs lotto, sport and racing services. Tatts was created after the merging of Tattersalls Limited and UNiTab Limited in October 2006. The company is headquartered in Queensland.

The company’s Chairman and Non-Executive Director (since 31st May, 2005) is Harry Boon. He is a member of the Remuneration and Human Resources Committee and Chairman of the Governance and Nomination Committee.

The company’s current Managing Director and CEO is Robbie Cooke. Mr Cooke joined the Wotif Group as Chief Operating Officer in 2006 and was promoted to Group CEO and Managing Director in 2007. Before that, he was Head of Strategy and General Counsel at UNiTAB (which is now part of Tatts) from 1999 to 2005.

“Delivering the best customer experience is at the core of everything we do. We are always innovating and looking for opportunities to improve both our company and our products. We love solving problems and are not afraid to take risks. We share good ideas, do things quickly and keep learning.” Tatts website.