Boeing Predict China to spend $1.1 trillion on aeroplanes over next 20 years 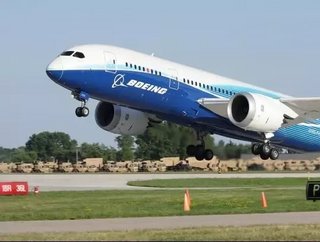 Boeing have boldly predicted that China is to spend over $1 trillion on over 7000 planes by 2036.

The aerospace company, competing with Airbus for market share in China, has stated that this growth will be made up of around 75% passenger planes and 25% cargo carriers. Chinese spend is set to make up 20% of global airline demand over the next 20 years.

Reasons cited by Boeing include better economic growth than expected in China which has resulted in an optimistic economic outlook for the long term, as well as a resurgence in the cargo market. There is also a growing middle class and there has been increased investment in infrastructure. Overall, demands for domestic and international travel are on the rise.

According to Reuters, Boeing Commercial Airplanes marketing vice president, Randy Tinseth, has stated that “China’s fleet size is expected to grow at a pace well above the world average.”

China is currently the fastest-growing aviation market in the world, and this latest prediction is 6.3% higher than Boeing’s previous prediction made two years ago.

This previous prediction was backed up by CAPA, the Centre for Aviation, with data showing that in the first quarter of 2015 Chinese airlines carried more than 100 million passengers, making up a 13% increase over the previous year.

Across the world, Boeing predicts over 41,000 new commercial planes will be required in this period, with a total value on $6.1 trillion.

Boeing is the world’s largest aerospace company and a top US exporter, with $96.1bn revenue for 2016, ahead of Netherlands-based rival Airbus whose 2016 revenue totalled $70.41bn.