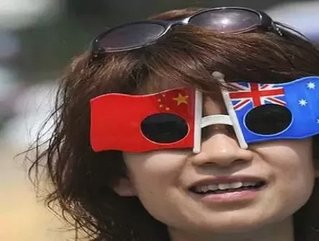 Business Review Australia has covered a number of hot topics this year in the Money Matters section. This week, we'll spotlight those that garnered the most attention.

Tourism is looking up for the Land Down Under as the UK votes Australia the “Best Country to Visit Worldwide,” and visitors from China increase, a hopeful trend for overall decreasing tourism in Australia.

The number of tourists is below 2010 figures as Australian tourism has decreased 4.1 per cent for the first time in three months. This creates a tourist deficit of 1.77 million more people leaving than arriving. This could possibly change with positive signs from the UK and China.

Nominations from employees in the tourism industry and more than 700,000 public votes placed Australia above Spain and Italy in the British Travel Awards.

Tourism Australia Managing Director Andrew McEvoy said the UK is the second largest market for visitor spending, worth about $3 billion. About 632,400 people visit Australia from the UK, increasing the potential in 2020 to deliver $6.7 billion in overnight expenditure.

"The UK is one of Australia's most established and largest markets for international visitors," McEvoy said. "It's terrific to see that Australia hasn't lost any of its lustre with the Brits."

This could be attributed to the partnership between Tourism Australia and China Southern Airlines. China continues to be a key growth market for Australian tourism since Australia was granted Approved Destination Status 10 years ago, McEvoy said in a press release.

"The past year and future outlook for Australian tourism is challenging, but can be viewed positively,” McEvoy said. “Australia remains a highly desirable place to visit."