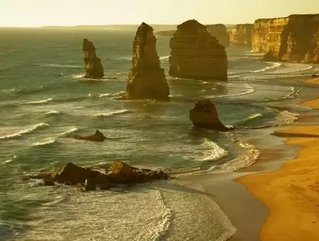 Global tourism is an intense, competitive market. Though Australia is easily identifiable by travellers all over the world thanks to its unique landscapes, kooky wildlife and laid-back persona, the nation knows that simply resting on these laurels is not enough to drive tourists Down Under. (If it were, we’d all have Facebook albums bursting with Opera House and koala snapshots plastered across our profiles.)

Called the “Tourism 2020 Strategy,” the national policy specifically aims to grow Australia’s visitor numbers, economic contribution, and overall tourism competitiveness on a global scale by the end of the decade. The financial goal is ambitious: by 2020, tourism spending is expected to hit between AU$115 billion and AU$140 billion.

In May 2010, Tourism Australia launched the global marketing campaign There’s nothing like Australia, where the best Australian experiences, attractions and local products were showcased to worldwide tourism audiences. While the initial launch included a campy sing-along video where various locals pointed out great aspects of their home country, the campaign has since evolved to let Australia’s internationally recognised monuments and landscapes speak for themselves. Less words, more visuals – that’s the winning ticket.

The campaign has certainly been successful over the past three years: it has been broadcast in 25 countries, translated into 17 languages, and has attracted nearly 200 global partners across State and Territory tourism organisations and various international airlines.

To build upon this success and reach its goals by the year 2020, Tourism Australia is initiating a consumer-specific worldwide campaign that will focus its primary marketing efforts on the markets that represent the greatest potential for tourism growth.

These markets, according to the tourism organisation’s “Tourism 2020 Strategy” marketing prospectus, are divided into four categories:

The Asian Century of Tourism

As the February edition of Business Review Australia magazine highlighted, Asia’s economic rise provides a huge opportunity for neighbouring Australia to grow its own economy. Therefore, it’s no mystery why Asia is a top-tier travel market being heavily pursued by Tourism Australia.

China is particularly valuable: as the Australasian region’s fastest-growing tourism market, 900,000 travellers worth $9 billion to the tourism industry are expected to arrive in Australia by 2020.

“Australia’s tourism industry has made good progress in this past year with international and domestic growth and Tourism Australia has deliberately and significantly accelerated its strategies to pursue growth in Asia,” said Tourism Australia’s Chairman Geoff Dixon at the 2012 Australian Tourism Directions Conference. “Australia is a western developed nation with a clean environment, unsurpassed natural beauty, great food and welcoming people, right on Asia’s doorstep. We are a comfortable nonstop flight away and operate in a compatible time zone.”

Capitalising upon survey results that reveal ‘nature’ and ‘luxury’ as key drivers for the Chinese, Hong Kong and Korea markets, Tourism Australia is focusing its campaigns on “best of” natural Australian experiences catered to affluent  travellers and adventure seekers. “Easy-to-go” travel itineraries will aim to attract young professionals for short vacations, and partner airlines will push the “urgency to book” message in order to get these travellers

“The findings suggest we’re already doing a lot right, in terms of where we are prioritising our resources and marketing activities. It’s encouraging, for example, that the highest levels of intention to visit are amongst Chinese and Indians, two of the markets we are most aggressively targeting,” said Tourism Australia Managing Director Andrew McEvoy at the 2012 Australian Tourism Directions Conference.

Hitting two million fans in January 2012, the organisation’s Facebook page was ranked the #1 destination page on the network. Having now surpassed four million fans, Tourism Australia’s page is filled with up to 1,400 fan-submitted photos each week. Weekly contests encourage fans to showcase their best local shots and those deemed the most successful – as in, the photos that drive the most traffic and conversation on the page – are given their own individual posts and sent out to the organisation’s global fan base. The top five countries that make up this fan base include Australia, US, UK, Italy and Germany.

Mobile has also become a key platform: since launching its Instagram account in November 2011, Tourism Australia has received more than 65,000 fan photos.

“There is also a seismic shift from marketing through traditional mediums to digital and social media platforms. It is my view that our industry’s ability to capitalise on this shift will be vital to our future success,” Mr Dixon said.

Tourism Australia’s social strategy – Facebook in particular – focuses on connecting with and engaging youth travellers and 18-30 year old working holiday visa holders to encourage them to extend the length of their trip Down Under. This age group comprises nearly a quarter of all tourist arrivals in Australia.

According to the organisation’s 2009 research, the youth market is most attracted to Australia’s nature and coastal experiences: the abundance of outdoor activities, diverse landscapes, relaxed environments and iconic wildlife are all key drivers for this sector.

“The global youth market is important for us. They stay longer, disperse more widely, and spend an average $9,000 per trip,” said Mr McEvoy at a 2012 Tourism Australia industry briefing. “Not only will these people come here to work and support our tourism industry, but they will also go home, advocate our country and eventually come back.”

While much campaigning has aimed to attract Chinese tourists, the youth campaign will focus on other growing travel markets including Singapore, France, Japan, Italy and the UK.

“There is no denying Asia has huge potential, but US numbers are returning to growth and the UK has held up well,” said Mr McEvoy. “We are being really active on traditional markets and haven’t looked away from them.”

The Next Seven Years

According to the latest report published by the Tourism Forecasting Committee last October, the future is bright for Australia: total tourism expenditure is forecast to increase by 2.1 per cent to $AU97 billion in 2012-2013, and up a further 2 per cent to $AU99 billion the following financial year. China and Indonesia are expected to experience the most growth in both 2012-2013 and 2013-2014, and Asia in general is expected to increase its traveller numbers to 2.7 million by 2014.

With the national GDP expected to grow by 3.1 per cent in 2013, there is plenty of opportunity for Tourism Australia to make a significant impact on Australia’s economy and traveller numbers by 2020