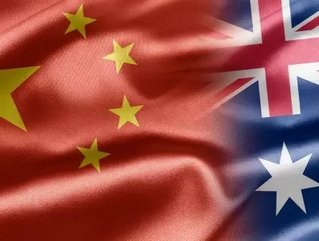 The CEO of ANZ Bank assessed the value of Asia’s financial sector has been grossly under-appreciated, and that within 15 years could be twice as big as the US’s financial sector. Mike Smith reported his findings and predictions at an Australian-China Business Council networking forum at Parliament house, and challenged Australia to gear up for change.

Mike Smith believes Australia should take advantage of the boom in Asia’s financial sector, and market itself as a regional finance hub. With the upcoming loss in jobs in the manufacturing industry and the possibility of the mining sector shrinking, Smith thinks Australians should focus on Asia as an area for potential market growth.

"We have seen the challenges this year as Australia makes the transition from the industries which have made us so successful in the 20th century to those that will define our 21st century future," he said. "How we re-orientate our economy to support the opportunities of the Asian century and indeed China's growth is, I believe, the key foreign policy and economic reform challenge that Australia faces."

Smith also believes that investment will diversify from mining and real estate towards infrastructure, manufacturing, finance and services in the coming years, and that banks and financial products are expected to increase. Most impressively though, is the statistic that by 2015 – just next year – the 10 largest Asian nations could potential represent over half of the globe’s GDP. Currently, they represent 25 percent.

Mike Smith will be one of 600 business leaders that will be travelling with Prime Minister Tony Abbott to discuss the future of the financial and trade options between the countries. PM Abbott is specifically looking to finalise the China-Australia free trade agreement.

Business owners have a huge part to play in this, and Smith’s call to action should not go unnoticed. "For a country like Australia there is a genuine opportunity to become a specialist financial centre."