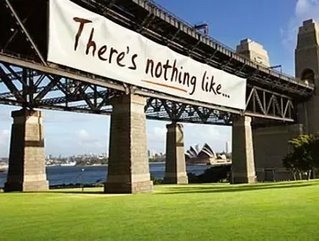 A new global campaign to show Chinese tourists that “There’s nothing like Australia” has been launched in Shanghai in an effort to capitalise on the region’s fastest growing tourist market: 900,000 travellers worth $9 billion to the tourism industry by 2020.

Over the next three years, Tourism Australia will invest $250 million to broadcast the nation as a viable travel destination through print and broadcast media ads, as well as an interactive tablet app and hub that will provide more destination information and stories to inspire travel to Australia’s unique attractions.

Social media will also play a key role in the revamped campaign, as Australia’s destination Facebook page is ranked #1 in the world with three million fans. Australia is also reportedly the preferred destination for China’s ‘urban elite target audience.’

“This new campaign creative – particularly the locations and how they have been shot – clearly demonstrate Australia’s distinctive and high quality tourism products and experiences that are amongst the world’s finest,” said Tourism Australia’s managing director Andrew McEvoy in a media statement.

“By leading with Australia’s best the campaign will create a positive halo effect for Australian tourism more broadly, particularly through digital elements.”

The campaign will commence in China, the UK and the US. To encourage more Australians to travel domestically, $5 million will be spent on promoting local holidays.