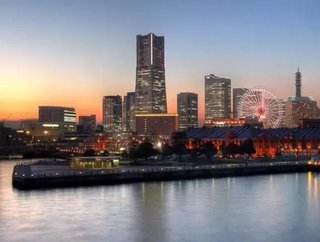 China and India were among the key emerging markets to spearhead the continued rise in Asia-Pacific’s High Net Worth Individual (HNWI) population and wealth in 2014, according to the Asia-Pacific Wealth Report 2015 (APWR), published today by Capgemini and RBC Wealth Management.

HNWI is defined as having investable assets of US$1 million or more, excluding primary residence, collectibles, consumables, and consumer durables. Overall, Asia-Pacific saw its HNWI population grow 8.5 per cent in 2014 to 4.7 million people — one million more than just two years ago — while wealth increased 11.4 per cent to US$15.8 trillion, which leads all regions globally.

RELATED TOPIC: How Australia Post intends to rebound in other Asia Pacific markets

“Asia-Pacific continues its tremendous run in wealth creation and doesn’t appear to be slowing down anytime soon,” said Barend Janssens, head of RBC Wealth Management Asia. “Despite some recent economic issues, the region’s wealth is expected to lead global growth and with this, will provide tremendous opportunities for the wealth management firms that are well positioned to meet the increasingly complex needs of HNWIs in Asia-Pacific.”

Asia-Pacific has already surpassed North America with the largest HNWI population (4.69 million versus 4.68 million), according to the recent World Wealth Report 2015, and is expected to overtake North America’s leading US$16.2 trillion in HNWI wealth by the end of the year.

Looking further ahead, HNWI wealth is expected to expand more in Asia-Pacific than in any other region in world with the majority of its new wealth expected to come from the emerging economies of China, India, Indonesia, and Thailand. China and India, in particular, have propelled Asia-Pacific HNWI wealth growth in recent years and are expected to continue to act as key drivers, both in the region and globally.

China and India represent nearly 10 per cent of global HNWI wealth, and account for 17 per cent of the global increase in new wealth since 2006, adding US$3.2 trillion during that time.

HNWI wealth in Mature Asia, which includes Australia, Japan, New Zealand, Singapore, Hong Kong, Taiwan, Malaysia, and South Korea, grew by 7.0 per cent in 2014, and is expected to grow at a rate of 8.9 per cent through 2017 to reach US$12 trillion in wealth.

The report also found that Asia-Pacific’s ultra-HNWIs — those with more than US$30 million in investable assets — accounted for less than 1 per cent of the region’s millionaires in 2014, but generated over one quarter of the wealth.