Anzac Day Without the Crunch 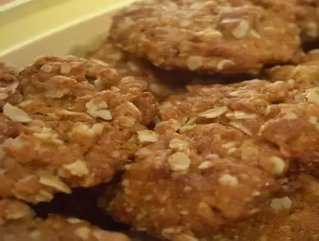 An Australian tradition is in peril after yesterday’s announcement of the Broadmeadows plant’s Unibic Australia company collapse into administration, the Herald Sun reported.

The plant, which employs 170 workers and is capable of producing 4.5 tonnes of biscuits an hour, was shut down due, they say, to the continuous ‘supermarket war’ between Coles and Woolworths and their efforts to promote their respective ‘home brand’ products. Increasing ingredient costs didn’t do the two-year-old plant any favours either, according to The Australian.

The Returned and Services League (RSL) will also suffer the hit as sales of Unibic’s Anzac biscuits pay a 4 per cent royalty to the organisation over the time leading up to 25 April.

"From our point of view we wouldn't get the bounty we have as a consequence of the sale of the biscuits, which goes to our national headquarters to distribute, and to smaller states - that would be a real loss,” RSL state president Maj-Gen David McLachlan told the Herald Sun.

The Australianreported that the company is close to being purchased, as is the priority of Unibic Administrator Glenn Franklin.

"The priority is to complete a contract of sale with a prospective buyer so that production can resume and the business can return to normal," Franklin told the newspaper.

Here’s to hoping the Canberra parade and two-up games remain untouched entities over the next two months.