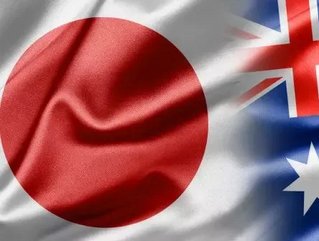 In a deal that Prime Minister Tony Abbott has claimed to be just as significant as the 1957 trade treaty with Japan, Australia and Japan have reached a historic trade agreement. The deal, which has been seven years in the making, will allow Australian to access cheaper cars and consumer goods, and will provide for better access to Japanese food markets for the agricultural sector.

PM Abbott shared that the deal reflects the shared values of Japan and Australia, and that the agreement showed a commitment to “democracy, freedom, and the rule of law.” This was the first time Japan had “negotiated a comprehensive economic partnership agreement or free trade agreement with a major economy, particularly a major economy with a strong agricultural sector.

Japan has traditionally been very protective of its agricultural sector, which is part of the reason why the agreement took so long to flesh out. In 2013 Australian beef exports to Japan were worth $1.4bn. With the new trade agreement, the industry will have a chance to grow beyond this. The tariff on Australian beef has been reduced from 38.5 percent to 19.5 percent (for frozen meat) and 23.5 percent (for fresh meat). The cut will take place over 15 years. The deal will also provide new duty-free access for Australian dairy products in Japan.

For its part of the deal, Australia will remove the 5 percent tariff on Japanese cars and manufactured items. This will allow greater market access for Japanese goods, and will make them cheaper for Australian consumers.

“The relationship between Australia and Japan is about much more than economics and trade and growing wealthy together. It’s about respect, it’s about values. I hope that thanks to this agreement that has been finalised today, that Australia can be pivotal to ensuring that in the years and decades to come, the people of Japan have energy security, resource security and food security,” he said.

Japan and Australia also decided on a joint research venture in regards to their defence programs. The research will be focused on submarines and hydrodynamics, including the analysis of propulsion and water resistances around submarine hulls. Further talks will be held in June, with the idea that further joint ventures could be determined. Eventually, the two countries would like to work together to upgrade interoperability of their respective defence organisations and expand practical military cooperation.