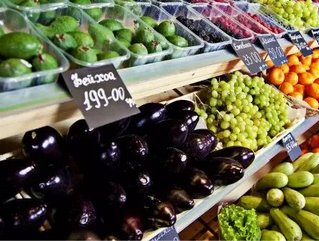 John Durkan, chief operating officer at Wesfarmers, will inherit managing director duties at Coles in July of 2014. Ian McLeod, current managing director, will in turn be taking a commercial director position within Wesfarmers’ ranks. Richard Goyder, CEO of Wesfarmers, has said Ian McLeod will be participating in a “number of strategic and internal Wesfarmers programs.”  The change in the guard comes on the coattails of an over 10 percent increase in profits in the last half of 2013, bolstered mostly by Coles and Bunnings.

This year sees in Westfarmer’s centennial; the company, headquartered in Perth, is one of Australia’s largest companies and retailers. They deal in several businesses including department stores, supermarkets, home improvement and office supplies, coal mining, insurance, chemicals, energy and fertilisers, and industry and safety products.

In the four years McLeod has had a leadership role with Coles, the company has consistently grown earnings, doubled profits and invested around $5 billion in new and improved stores and customer service. Wesfarmers is optimistic John Durkan will continue the successes of the brand in his tenure as managing director.

“Succession has been a major focus of the team at Coles over the past few years,” Richard Goyder, CEO of Wesfarmers, said. Durkan is the natural successor to McLeod, as he has a strong history of business success and was instrumental in Coles’ turnaround in the late 2000s.

Wesfarmers had a profit of $1.43 billion in the latter half of 2013, which shows an 11.2 percent increase over the first half of the fiscal year. This is great news for shareholders, who will see a dividend of 85 cents in April, as opposed to the previous 77-cent dividend. Wesfarmers will focus on strengthening its existing businesses, securing growth opportunities, and renewing and developing their portfolio options. Coles, Bunnings and Kmart had increased earnings, Target had lower earnings than the first half of the 2013 fiscal year, and Wesfarmers resources and insurance divisions both posted a decline in growth.