WCD plans to increase gender board balance in Sri Lanka 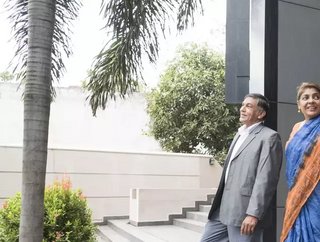 The world’s leading advocacy group for female board representation, Women Corporate Directors foundation (WCD), has announced the launch of a new chapter in Sri Lanka.

The WCD, which is made up of some of the most powerful and influential women in corporate boardrooms globally and boasts more than 75 chapters worldwide, has joined with KPMG and the International Finance Corporation (IFC) to help increase the number of women on corporate boards in Sri Lanka.

Currently, women fill less than 10% of board seats in Sri Lanka, lower than its South Asian peers (India is 12% and Bangladesh 17%) and well below the global average of 17%.

To reach gender parity, the country would need 500 more women in the boardrooms of listed companies, according to the International Finance Corporation. “We would need about 500 more directors to reach parity with men on boards of listed companies and the reason for this push is beyond a social and moral imperative there is a business case behind it,” Lopa Rahman, ESG officer at IFC said in March last year.

The country is moving in the right direction, however. According to research conducted by IFC in collaboration with Colombo Stock Exchange, the number of women on boards stood at 221, as of March 2021, from 144 in 2018, indicating an almost 30% increase over the last three years. This shows a positive uptick in the number of female directors on boards in Sri Lanka despite the challenges of the pandemic.

“Despite the low numbers of women on boards, Sri Lanka has a well-accomplished pool of women directors representing a wide spectrum of industries,” says Susan Stautberg, WCD CEO and Chairman.

Achieving gender parity on boards is a challenge the WCD and its partners believe they can address, as they have done across other Asia-Pacific destinations, including in Hong Kong, Japan, Mongolia, Singapore, South Korea, Australia and New Zealand.

“The number of women directors in the overall APAC region is on the rise, and our goal is to continue to drive that growth toward parity,” says Sampath Bank Independent Director and WCD Chapter Co-Chair Aroshi Nanayakkara. “Especially in Sri Lanka, this is a critical time to have diverse voices tackling the country’s most pressing issues.”

The Sri Lanka chapter will help to promote board representation

The new Sri Lanka chapter is the result of a multi-year collaboration between WCD, KPMG, International Finance Corporation (IFC), the Sri Lanka Institute of Directors, and The Australian government, where leaders have met with women board members from some of Sri Lanka’s largest public companies and key industry associations.

Launching with 16 founding members, all of whom have strong market reputations and substantial boardroom credibility, the chapter launch is a significant milestone for the country and will provide a gateway for all to share experiences and learn how to navigate the latest imperatives for corporate boards today.

It will, says Alfonso Garcia Mora, IFC’s regional Vice President for the Asia-Pacific, “also provide opportunities for Sri Lankan women board-members to share their industry expertise, both locally and globally, putting Sri Lanka on the world map for women on boards.”

Boasting more than 75 chapters across six continents, the WCD is the world’s largest membership organisation and community of female corporate board directors – with its membership serving on more than 8,500 company boards globally with a combined market cap of over US$8 trillion.