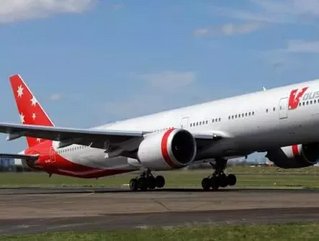 A V Australia flight bound for Sydney was forced to make an emergency landing in Los Angeles last night after a loud bang and explosion rattled the aircraft.

The airline released a statement following the incident on Flight VA02, stating that the pilot decided to return to the terminal “as a precautionary measure...due to an issue with the performance of the left engine.” Luckily, the V Australia 77 was only in the early stages of flight, and no one was injured.

“Engineers are currently inspecting the status of the engine to determine the cause,” V Australia said. “This process may result in further time after testing to complete any repairs or maintenance that may be required.”

Hundreds of V-Australia passengers are now stranded at the LAX Airport because of the emergency landing, waiting for the airline to make alternate arrangements.

Let’s hope this is an isolated incident that doesn’t cause the same PR nightmare Qantas faced in 2010 when it grounded an entire fleet of A380 aircrafts due to engine failure. Not only did it paint Australia’s national airline and engine manufacturer Rolls-Royce in a negative light, but it cost both companies millions of dollars.

The A380 engine failure episode and subsequent grounding drove down Qantas’ November international market share to a new low of 18.7 per cent, and cost the airline A$80 million.

The aviation debacle severely damaged reputations for both companies, and goes to show the magnitude of how airline safety is perceived the world over. Further testing will tell if V Australia’s engine incident is solitary.