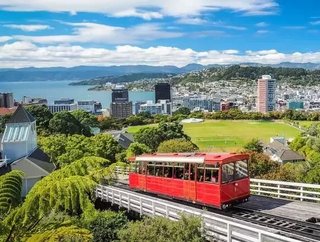 The Auckland-based tourism firm, which has been listed on the New Zealand Stock Exchange since 1986, also won the Auckland Airport Business Excellence Award.

The company has a global turnover of $426mn and more than 200,000 customers per annum. The firm also hit a record profit of $62mn in August this year.

The award ceremony was hosted in Christchurch on 6 September, seeing 12 winners awarded under categories such as the NZME People's Choice Award and Ministry of Business, Innovation & Employment Industry Alignment Award.

“With tourism the country’s largest export earner, it’s fantastic to be able to celebrate businesses who are providing outstanding and memorable experiences to visitors to our country and also contributing to New Zealand’s reputation overseas,” stated Christopher Luxon, CEO of Air New Zealand.

“It’s also pleasing to see the focus our business winners are putting on environmental and host community sustainability, as well as financial performance.”