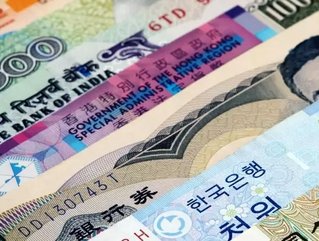 Yang Huiyan is Asia’s richest woman. She came in 42nd position worldwide on Forbes’ list, with a net worth of $22.1bn. A property developer, she inherited her majority share of Country Garden, a Chinese property development company, from her father and founder of the company, Yang Guoqiang. Forbes’ said Country Garden’s revenue totalled $56.7bn, thanks to its international property portfolio.

Tadashi Yanai is the owner of holding company Fast Retailing. He is chairman, president and CEO of the company, whose primary subsidiary is clothing retailer Uniqlo. The company was founded by Yanai’s father in 1963. Fast Retailing’s revenue was $20bn, buoyed by his other brands including Theory and J Brand. With a personal net worth of $22.2bn, Tadashi Yanai is Japan’s richest man, and founded the first Uniqlo store in 1984.

Wang Jianlin is the founder of the largest real estate developer in China, Dalian Wanda. Serving as the company’s chairman. In recent years, the company has been investing in property outside of China. It is the majority shareholder of the world’s largest cinema chain, The US AMC Theatres and owner of media company Legendary Entertainment. Its revenue was $19.8bn according to Forbes, with Wang Jianlin’s personal wealth coming in at $22.6bn.

In joint 7th place on this list, Azim Premji is India’s second richest person, with a net worth of $22.6bn. He is the chairman of Wipro, a pioneering Indian software company. Despite its current reputation for IT, the firm was set up initially by Premji’s father as a vegetable and oil manufacturer known as Western India Vegetable Products Limited. With revenue of $8.4bn according to Forbes, the company reported more than 170,000 employees in 2019.

The oldest person on this list at 91, Lee Shau-Kee is a real estate tycoon. Until 2019 he was the founder, chairman and managing director of Hong Kong’s Henderson Land Development, recently stepping down in favour of his sons Peter and Martin Lee. He founded the company in 1976, taking it public in the early 80s. Forbes gave the company’s revenue as $2.8bn, with Lee’s personal worth coming in at $30.1bn.

Sir Ka-shing Li made his fortune in plastics before founding conglomerate Cheung Kong Holdings, the predecessor to CK Hutchison Holdings. The 90-year-old recently retired as chairman, though remains an advisor to the company which his son Victor Li now controls. Hong Kong’s richest man, he recently made global news thanks to his pledge to pay the tuition fees of Shantou University's incoming 2019 class for up to five years, costing him $14.4mn annually. His net worth is approximately $31.7bn.

Real estate mogul Hui Ka Yun is founder and chairman of Chinese property developer Evergrande Group. Based in Guangdong province, the company operates throughout China and is more widely known thanks to its ownership of football club Guangzhou Evergrande Taobao FC. As reported by Forbes, its revenue was $71.7bn. 22nd on Forbes’ list, Hui Ka Yan is anticipated to have a net worth of $36.2bn.

Jack Ma is the founder and executive chairman of e-commerce company Alibaba. Founded in 1999, the company’s web portals quickly attracted investment. While C2C, B2C and B2B sales remain its focus, it has also branched out to services such as financial technology and cloud computing. Alibaba reported its FY19 revenue as $56.15bn, while Jack Ma’s net worth was $37.3bn. Ma recently announced his decision to step down from his role as executive chairman of Alibaba, designating CEO Daniel Zhang as his successor.

Ma Huateng is the founder, chairman and CEO of Tencent. With a net worth of $38.8bn, he is China’s richest man, and owing to the English translation of his last name as “Horse”, goes by the nickname Pony Ma. Tencent is a holding company, and through its subsidiaries and associates is active in a wealth of industries with a focus on technology. The company is headquartered in Shenzhen, China, in twin skyscrapers known as Tencent Seafront Towers, and reported its 2018 revenue as $45.6bn.

Coming in 13th place worldwide on Forbes’ list, Mukesh Ambani is chairman and managing director of the Mumbai headquartered Reliance Industries. India’s largest company by market capitalisation, the conglomerate and its subsidiaries are active in areas such as energy, retail, and telecommunications and had a 2019 revenue of $90bn. Worth $50bn personally, Ambani is known for owning the second most valuable residential property in the world after Buckingham Palace, the $2bn, 27-floor Antilia in South Mumbai.