Toast Party! Marmite is Back on the Shelves 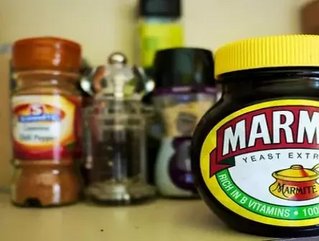 One year ago (nearly to the day), the makers of Marmite announced that their Christchurch production plant – the only facility where the savoury breakfast spread is made – would be closed for damage repairs following the November 2011 earthquake and would likely not open its doors until this July.

‘Marmageddon’ made worldwide headlines and spurred active auctions for the last full jars, as well as inspiring a photography exhibit of empty jars scraped clean by celebrity Marmite fans where the proceeds benefitted the city’s rebuilding efforts.

"You've rationed, you've scraped, you've survived Marmaggedon - and now the wait is over! From March 20, Marmite is back on supermarket shelves across NZ. Thanks for not freaking out and for waiting patiently for the black gold's return,” Sanitarium’s web statement read.

While many New Zealanders queued up at the supermarkets and some stores rationed their supply to two jars per customer, the Rebuild Christchurch Foundation arranged for a few select families to receive their jars early – signed and delivered by former All Blacks captain Buck Shelford.

"It's fitting that the first jars of Marmite go to Christchurch families directly impacted by the earthquakes," said Sanitarium NZ general manager Pierre Van Heerden, who accompanied Mr Shelford on his deliveries. "These jars are a symbol of Christchurch's rebuilding and resilience.

"The families impacted by the quakes really deserve to get the first jars off the production line."

Though some fans are questioning whether Sanitarium altered the recipe due to a “different taste and smell” (which the producer denied on its Marmite Facebook page), many fans took to the social media site to express their long-awaited happiness:

“Marmite on toast this morning – lovely!!! Worth the wait,” wrote one enthusiast.