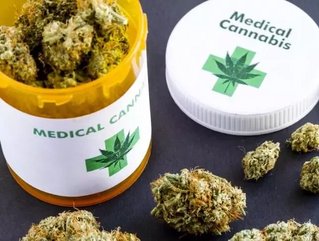 THC Global has announced that it has received its licence from the Australian Therapeutic Goods Administration (TGA) to ‘manufacture therapeutic goods’.

More commonly known as a ‘GMP Licence’, it represents the final piece of the puzzle that will allow THC Global - one of Australia’s leading medical cannabis companies - to begin operations at its Southport manufacturing facility.

Recognised in 29 countries across Europe, Asia and Canada, the GMP Licence will allow the company to produce extracts, design product packaging, and test and analyse its products in human trials.

The news comes following a separate announcement that THC have inked a supply agreement with MGC Pharmaceuticals, an MXC listed bio-pharma company founded in 2005

Commenting on the new deal, Ken Charteris, CEO of THC Global, said, “Our agreement with MGC Pharma provides THC Global with an immediate extension of our Canndeo branded medicinal cannabis product range, as well as a pathway for further collaboration with MGC Pharma.”

Although the Federal Government of Australia announced that it would legalise cannabis for medical use in 2015 and subsequently amended the law in 2016, the health sector have been slow to adjust to the changes.

Much like in Canada when changes to law ended cannabis prohibition in 2018, Australian companies are having to deal with regulatory red-tape before products can begin active development. “THC Global has now received a pharmaceutical GMP licence issued by a government authority, which remains a rarity in the cannabis world,” said Charteris.

Despite this, the company is confident that the company will now be able to quickly proceed with scaling-up operations and competitively enter the global market, “We anticipate near-term completions of commercial negotiations with multiple parties interested in our scalability, quality of production and ability to compete on price globally.”